How to Downsize Your Home

A Senior-Friendly Guide to Downsizing 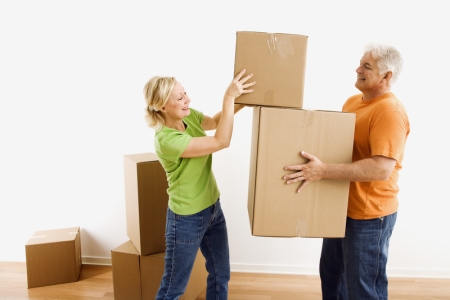 Moving to a smaller place? Over time, we tend to accumulate stuff - lots of stuff. We have drawers full of stuff, gifts that we have never used (and never will), furniture we don’t really need but keep “just in case” and items that we’ve had for years may be difficult to part with due to nothing more than familiarity while serving no functional purpose. Now is the time to get rid of excess baggage and pare down to the essentials.

Moving from the family home is among the most stressful events an older adult ever faces. At a time when emotions are running high, the list of things-to-do seems endless...a lifetime of belongings to sort through...tough decisions to make about what to take and what to do with the things that aren't going...countless errands and phone calls.

Then there's the chaos of moving day and living out of boxes until everything is unpacked and put away. Very often, later-life moves come about as the result of illness or the death of a spouse, so both the senior and his or her family are stressed before the move even begins.

Even the healthiest and most independent seniors often find relocation very demanding--both physically and emotionally. Adding to the challenge is the fact that families are more spread out geographically and not always available to help with the moving process.

Although making the decision to move is usually the first step in the moving process, it is not the hardest decision. It's what to take and what to do with what you leave behind. Typically the new residence will be too small to take everything, and many years worth of treasured possessions will have to be inventoried and decided upon.

In fact, the whole process of planning the move and the arrangement of the new space, packing up and moving –in and out, and deciding what to keep and what to dispose of can seem like such and overwhelming task to the senior that the much needed move is put off.

Paring back a lifetime’s worth of possessions can feel overwhelming. Some alternative ways of thinking about the problem can help. There is, after all, no one way to declutter.
Stay nimble and flexible. If one approach no longer works, move on to another. Keep experimenting, finding an arsenal of tactics that suit you. Unless there’s a deadline (you’ve sold your home, for instance), think of decluttering as a new habit rather than a mountainous job.

professional that specializes in senior moves and downsizing is something worth considering.
Downsizing Tips to Help Your Parent

If you are helping a senior clear out a household follow some of the following techniques to keep emotional conflicts at bay:

- You'll also want to involve your parent to the greatest extent possible in the move. Certainly, it's much faster not to, but an older person's involvement in the move is the most reliable predictor of how well and how quickly he or she adjusts after the move. Your parent will naturally want to reminisce during this time. This is a critical part of the process of saying goodbye, but again--it can be time consuming.