Diabetic Supplies Medicare Will Pay For 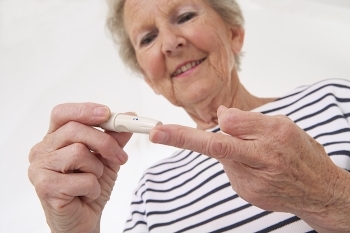 Seniors, aged 65 and older are greatly affected, with nearly eight of every 10 having either diabetes or prediabetes. In 2019, Approximately 463 million adults (20-79 years) were living with diabetes; by 2045 this will rise to 700 million. The proportion of people with type 2 diabetes is increasing in most countries. 79% of adults with diabetes were living in low- and middle-income countries.That number makes up just under 10 percent of the entire American population.

Around 25 percent of those 65 and older have diabetes, the CDC says, meaning about 12 million seniors have the condition

Diabetes is a very serious disease. Over time, diabetes that is not well managed causes serious damage to the eyes, kidneys, nerves, heart, gums and teeth. If you have diabetes, you are more likely than people without diabetes to have heart disease or a stroke. People with diabetes also tend to develop heart disease or stroke at an earlier age than others.

The best way to protect yourself from the serious complications of diabetes is to manage your blood glucose, blood pressure and cholesterol and to avoid smoking. It is not always easy, but people who make an ongoing effort to manage their diabetes can greatly improve their overall health.

Medicare is the national health insurance program for people age 65 or older, people under age 65 with disabilities and people with End-Stage Renal Disease (ESRD).

For more information please go to: www.medicare.gov or call 1-800-MEDICARE (1-800-633-4227). Additionally, look for more details in your Medicare and You handbook which Medicare mails to beneficiaries in the Fall and which is also available at: www.medicare.gov.

Some information on this fact sheet is from www.healthcare.gov.