Why Mental Health for Seniors is Often Overlooked 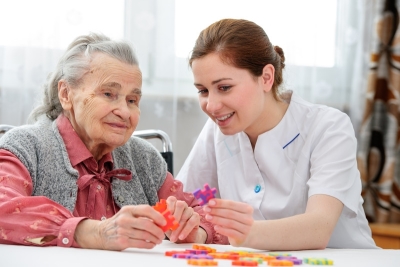 With aging, diseases raid a human body with full force. Along with diseases that affect vital organs, mental disorders make the normal living near to impossible. Mental disorders are worse to handle, and they affect a wide majority. There are some disorders that are more widespread than the rest. I’ll explain some of them below.

Dementia is the most commonly known mental disorder. It is widespread among the elderly members of our society, and it has various forms and types. Generally speaking, dementia is a decline in the mental capacity of a person. It can get severe enough to cause death. Dementia has many apparent signs by which it can be diagnosed. Causation of this awful disease lies in the deterioration of brain cells. Brain cells cannot communicate properly and therefore a person’s day to day functioning gets severely affected by this horrible disorder.

This is a major type of dementia. Alzheimer’s generally occurs in seven steps, so it is safe to assume that changes are not drastic. At first stage, it is impossible to detect it because the patient does not exhibit any traits of Alzheimer’s even upon inspection. After that, the patient might start feeling memory lapses. Slowly the person becomes prone to forgetting names and other common details. Impairment of arithmetical calculations calls for another sign of Alzheimer’s.

Finally, Alzheimer’s affects the short-term memory, and the patient loses a sense of where they are and what’s happening or has recently happened. Alzheimer’s is incurable, but with proper diet and less stress it can be prevented or kept at bay for a longer time.

Like the majority of mental disorders, Parkinson’s disease is a progressive disease which means it increases over the time. This disease mainly affects the movement of body. A tell-tale sign is tremors in hands, but sometimes Parkinson’s disease can cause stiffness and slow movement as well. It affects speech over the time as you notice the slurry pronunciation, in the beginning, you might not notice how your body is losing control. Currently, there is no final cure for Parkinson’s, but like other mental disorders, there are medicines that reduce the symptoms of this disease greatly.

This disorder is not linked to elderly citizens of society in specific; however, it is rare to find an elderly citizen who does not at least have high functioning depression if not clinical depression. Depression according to a study is a major risk factor for suicide. For elderly, the geriatric care-providers should consider giving them psychotherapy to alleviate depression and anxiety.

There are other kinds of behavioral problems that elderly are bound to pick up on. Incontinence is one problem due to which people get their elderly admitted in nursing homes because they become unmanageable. Up to 60% of older adults also suffer from Insomnia. These can be treated with the help of cognitive behavioral therapy otherwise known as CBT.