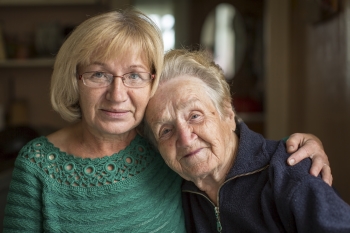 Simple forgetfulness (the “missing keys”) or delay or slowing in recalling names, dates, and events can be part of the normal process of aging.

Age related memory loss is often a normal part of aging, and if experienced, doesn't necessarily mean you or a love one has Alzheimer's. But since irreversible dementias can often present the same mild memory symptoms at first as less serious issues, it is not unusual for caretakers to be alert to any sign of memory loss in an aging loved one. It’s difficult to know when there is cause for concern.

If your parent or loved one is experiencing memory loss, here are the first steps to take and possible causes of memory loss in the elderly parent.

Observing can be difficult, as the elderly often try to cover up their diminishing memories. But keep a close eye on the types of things being forgotten. Does your elderly loved one have those little lapses in memory we all have—misplacing keys or glasses, forgetting an appointment every so often—but just a little more frequently than before? Or do they get lost in familiar neighborhoods, forget the names of close friends or family members, or forget they left the stove on? Some of these memory lapses are of more concern than others.

The first thing that most caretakers think of in these situations is usually Alzheimer’s disease. But this isn’t necessarily the cause, and doctors will usually conduct diagnosis through a process of elimination that may include blood and urine tests, memory tests, or an MRI.

There are a range of possible causes of memory loss in the elderly which include the following:

Side Effects of Medication

A wide range of medications can affect memory. These include anti-anxiety drugs, statins commonly taken for cholesterol, antidepressants, beta-blockers, sleeping meds, and more. If your parent is on any of these medications, it’s important to discuss their memory symptoms with the prescribing physician.

Vitamin B12 deficiency is rare, but it does occur—and when it does, it can cause memory issues. This disease causes the bone marrow to produce larger and fewer red blood cells than normal. In addition to memory issues, symptoms include fatigue, yellowish skin, headaches, balance problems, and tingling or numbness in the feet and hands. 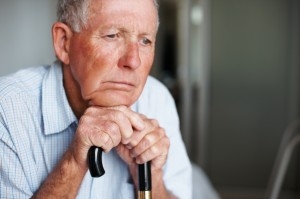 Can anxiety and depression cause memory loss? It isn’t unusual for older people to have these problems, especially those coping with social isolation and boredom, loss of mobility, or the death of a spouse. Aging comes with big challenges that can cause extreme stress, and this is often enough to affect memory.

Mild dementia is described as a loss of interest in daily activities, forgetfulness, difficulty dealing with routine tasks and short-term memory loss. NPH is one of the few treatable forms of dementia. Symptoms in addition to memory issues may include loss of bladder control and a distinctive shuffling walk.

Normal pressure hydrocephalus (NPH) is typically characterized by a triad of symptoms: gait disturbance or difficulty walking, mild dementia and impaired bladder control. These symptoms may occur individually and at different times and may vary in level of seriousness.

Brain tumors sound terrifying—and in many cases they are—but some tumors are benign and not life-threatening. These can cause memory problems as well as problems with cognitive function and even personality. Other symptoms include seizures, vomiting, and headaches. The first symptoms, particularly in older adults, often look like dementia.

These are blood clots caused by bruising in the brain. When they occur in the subdural area, between the surface of the brain and the thin membrane around it, symptoms can look like dementia. These are life-threatening; they are usually caused by serous head trauma, but in elderly people they can also occur after minor head injuries.

Those who are severely alcoholic may become thinking-impaired due to long-term malnutrition or decades of overconsumption of alcohol. Abstinence can sometimes help restore brain function.

This problem arises from insufficient blood supply to the brain. It’s the result of a series of tiny strokes that may go unnoticed, causing cumulative damage. The symptoms include a marked and abrupt change in cognitive performance as well as slurred speech, paralysis, and confusion. Usually those with a history of cardiovascular disease or diabetes are particularly at risk, as are those who have had a stroke before.

There are a large number of diseases and conditions that can cause memory loss. While some symptoms can be spotted ahead of time, it’s best to take your loved one to a doctor for a firm diagnosis. The earlier your loved one gets to the doctor, the greater the chance for a positive outcome.